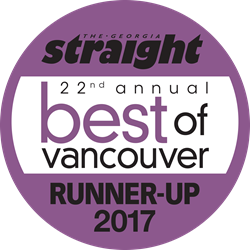 With offices in Birmingham and London in the UK, 2017 has been a successful year for Sterling Immigration.

With the uncertainty surrounding the UK economy and the implications that Brexit may have on several industries, many British residents are looking towards Canada as a land of opportunity and a safe place to raise a family.

The number of Canadian immigration applications filed by British citizens or those resident in the UK have increased by almost 40% since late 2015. The most popular categories include the federal skilled worker, federal skilled trade, family sponsorship, investor and student visas. Additionally, there has been an increase in the number of British companies looking to open a branch office or subsidiary in Canada, thereby gaining access to the North American market.

“Following the Brexit vote we have seen a huge surge in inquiries from British residents and EEA nationals looking to move to Canada. Canada offers a generous and welcoming immigration policy in contrast to the UK and USA. Its cities are rated in the top 10 worldwide in all reputable quality of life surveys.”

Mr Grewal notes that one unintended effect of this rise in demand for Canadian immigration, is a corresponding rise in the number of unqualified agents offering Canadian visa services. These agents dupe members of the public into believing that they are registered by the ICCRC. They often make false or inflated promises to mislead the public.

“One of our key missions is to protect and educate the public about seeking advice and representation from an ICCRC qualified and regulated company. By choosing an ICCRC regulated representative your confidentiality, legal fees and documentation will be protected under the law and you will have recourse to the ICCRC in the event of a dispute.”

The consequences of hiring an unauthorised agent can be terrible for an Applicant. This includes not having a regulatory body to turn to in the event that there is a dispute between you and the agent. If the agent makes an error in your application, then you won’t have insurance coverage to cover you for any financial losses you have sustained. If your file is lost, you have no insurance coverage. If the agency collapses or goes bankrupt, you have no recourse to compensation.

In addition to this you are putting your future in the hands of an untrained and unqualified agent who will not be able to advise you regarding the subtle nuances of Canadian immigration law.

The primary goal of the unauthorised agent is to paint Canadian immigration as being fast and easy. They offer guaranteed results to ensure that you part with your hard-earned money.

Mr Grewal urges the public to exercise caution and always request their representatives six-digit ICCRC reference number and cross reference it on the ICCRC website.

Mr Grewal recommends that prospective applicants schedule an in-depth legal advice session in order to determine their eligibility for Canadian immigration so that they can understand the process, their ranking vis-viz other applicants, their prospects of success, the documentary requirements, timescales and applicable fees. Sterling Immigration have written a helpful article on the benefits of booking an in-depth legal advice session on their website.

“What separates our firm from several others in the UK is the fact that we practice both Canadian and UK immigration law. We are also the only ICCRC regulated company with offices based in both countries. Please note that Sterling Immigration are also regulated by the OISC to provide UK immigration advice (Reference Number F20170008). Please visit our dedicated UK immigration website for further information.

Our experience of British and Canadian immigration law, places us in a unique position when assisting British citizens or points based migrants in the UK to move to Canada.”

FIONA DAVIS SELECTED AS INTERNATIONAL EDUCATION HERO OF THE YEAR FOR...