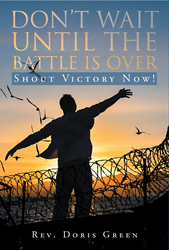 A respected faith leader in Chicago, Rev. Green successfully launched the Faith Responds to AIDS (FRA) interfaith coalition in 2006, which allowed her to garner citywide support from leaders, organizations, and faith communities. In 2007, Rev. Green was appointed ambassador for world peace by the Universal Peace Foundation as well as the Interreligious and International Federation for World Peace while in Benin, West Africa. With Grace Gangbo Lawani, she founded the Future of Benin project and has grown the project into a dynamic safe house for homeless orphans in Benin. Rev. Green served as the prisoners’ representative on the Cook County Bureau of Health Services Institutional Review Board, a commissioner for the Illinois Torture, Inquiry, and Relief Commission, and a member of the NAACP’s National HIV Faith & Social Justice Advisory Board in Washington, DC. She has also been named an honorary doctor of jurisprudence by the National Conference of Black Lawyers and an African American HIV University (AAHU) fellow by the Black AIDS Institute.

“When I first entered prison, I judged the people I met. I had been taught to. Ministries were for innocent victims like babies and orphans, not for people who had committed crimes. Or so I thought. But as the prisoners I met shared their life experiences with me, I began to understand how much we had in common. I had lived some of the very same experiences that the people in prison had lived. I, Evangelist Doris Green, could’ve been incarcerated!” –Rev. Doris Green

Published by Christian Faith Publishing, Rev. Doris Green’s new book details the story of those whose mission was to bring God to the incarcerated.

When Rev. Doris Green first started ministering to incarcerated people more than thirty years ago, nothing could have prepared her for the transformation that God was working in her life. In 1984, prison ministries were few and far between. What little support congregations did provide to their brothers and sisters behind bars was usually limited to holiday prayers. Rev. Green was, however, on a mission. With her sister and a few other dedicated women, they began visiting the isolated prisons of Illinois to meet the people society had forgotten.

Together, they worked to create a liberatory prison ministry, which was born from the blood, sweat, and tears of those whose hearts could not be held captive, even by prison bars. Reverend Green thought she was there to help. What stunned her was how every person’s story spoke directly to the pain, trauma, and anguish she herself had silently lived through for years. Rev. Green found Jesus in prison in the bodies and spirits of the people who were incarcerated. “Shout” is a collective testimony of an evangelist’s conversions. It is a record of the painstaking process through which incarcerated people make amends.

View a synopsis of “Don't Wait Until The Battle Is Over: Shout Victory Now!” on YouTube.

Consumers can purchase“Don't Wait Until The Battle Is Over: Shout Victory Now!” at traditional brick & mortar bookstores, or online at Amazon.com, Apple iTunes store, Kobo or Barnes and Noble.

For additional information or inquiries about “Don't Wait Until The Battle Is Over: Shout Victory Now!”, contact the Christian Faith Publishing media department at 866-554-0919.

Customer Experience Management (CEM) Market Is Expected to Grow at a...