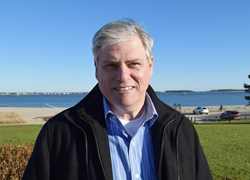 Bill Cimbrelo for US Congress

Local businessman and former environmental chemist Bill Cimbrelo is announcing his official bid to run for Congress in Massachusetts’ 9th Congressional District as a Democrat, looking to unseat Democratic incumbent Bill Keating. Cimbrelo is running on a bold, progressive populist platform to restore the power of the people in government.

For Cimbrelo, this is a moment 6 years in the making. Cimbrelo ran for Congress in 2011 as an Independent candidate against the Republican incumbent Scott Brown. Since the election, he has focused on growing his home remodeling business and his political activism.

Cimbrelo is running a grassroots, people-powered campaign and will not accept contributions from corporations or lobbyists. Cimbrelo believes bringing real change to Washington requires a change in how candidates run for office and how those campaigns are funded. He maintains his independent status, but believes that because of the way both federal and Massachusetts law favors the two major parties, a third party run is not currently viable.

Cimbrelo has previously been critical of the Democratic party establishment, which he feels has become too beholden to corporate donors. He advocates for a viable third party or ranked choice voting, but believes that the deck is currently stacked against those who run outside of major parties. In order to circumvent the institutional roadblocks, Cimbrelo is running as a Democrat to return the party to its progressive roots.

“I’m not just running against an individual. I'm running against a very broken system that once resembled a democracy, but through campaign finance deregulation now resembles an oligarchy,” Cimbrelo said. “I feel that the citizens of the 9th district deserve a progressive representative who will truly represent the people.”

Cimbrelo’s vision for Massachusetts and America includes creating thousands of living wage jobs through growth in renewable energy, supporting legislation to make public colleges and universities tuition free, reining in waste in the defense budget, and guaranteeing health care as a right to ALL, not a privilege for the elites.

For more information on Bill Cimbrelo’s campaign, as well as links to volunteer or contribute to the campaign, please visit http://www.billcimbrelo.com.