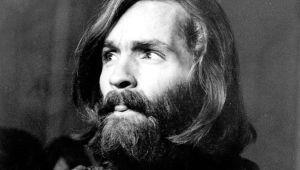 White Plains, NY — 11/24/2017 — When exploring the life of Charles Manson and how it ended up the way it did, it's important to look at his childhood. As a young boy, Charles Manson was physically, mentally, and sexually abused, had little to no education, and had spent his entire life in prison. This is not for sympathy votes, but more as a challenge to attempt to understand. His life is an opportunity for psychologists to study the impact of childhood trauma combined with mental health and environmental conditioning.

Try to imagine Charles Manson as an innocent baby and read these facts from his upbringing:

-Manson described only one happy memory from his childhood and that was a three second hug. He was touch-deprived and love-deprived.
-He never knew his father and his mother was a prostitute who rejected him.
-When Manson was born, she didn't even bother giving him a name. When the nurses handed her the paper, she wrote “No Name,” and to this day, his birth certificate is registered as “No Name Maddox.”
-She traded her own son to someone in exchange for a free pitcher of beer.
-His mother went to jail when he was 5 years old.
-He started stealing at 13 so he can save enough money to live on his own. He didn't know any better and just wanted to escape his painful situation.
-He was beaten and raped for 3 years non-stop as a young boy.

Charles Manson himself felt that he was too damaged as a child to live in the world. When they released him from jail, he begged them to keep him there. They refused. He got out and started the Manson Family. His followers would eventually go out on a drug-fueled rage and kill people. He never actually killed anyone himself.

The intent with each interview is to connect with whatever lies inside each person, regardless of how heavy their shadows are, or to ask deep enough questions that plant seeds. As somebody who studied psychology, childhood trauma, and spirituality, I was more intrigued in exploring Charles Manson from a neutral philosophical place.
This isn't to glorify him either. It's to simply try to understand.

From a psychological perspective, he might come off as unsound during certain times, but the goal was to see past that, and to also see past what he did; not to excuse or justify it, but simply to see past it and look at what lies inside after all this time.

This interview is to give a glimpse of what Charles Manson's beliefs are after spending half a century in prison.

AP: What does freedom mean to you?
CM: Now

AP: How do people become free?
CM: Be. Go away and keep going until never get here. There is no un-free. There is no “not free” in freedom.

AP: Do you believe in other dimensions?
CM: I don't not believe. “Dimensions” is one God. There is no other, only zero. Nothing is All.

AP: Do you believe in reincarnation?
CM: If you have a re-in, you need a re-out. The in and out of life. The life and death.
Don't think about it. It just is. All. Everything. Always and nothing.
“Carnation” is a flower…

AP: What would you want to be in your next lifetime?
CM: That's 500 million light years already played out into the next;
backwards and circled itself.

AP: What is Empathy?
CM: No two things can cover the same space in time, unless I say so. It's when you never end finding love… it's forever. 'Maybe' is so I can keep starting over.

AP: What is the biggest misunderstanding people have of you and your life?
CM: There are no people in my life. People are the trouble. I was never, NEVER good enough to be a “you” in life. No one had or has a real life – life has it all.
The bug and bird are just as much you.
A pissant is you….
A flee, a tick, flee, fish, maggot, fly is you.
A “you” is ALL…..everything, forever and ever.

AP: If this was your very last interview, how would you want the world to remember you? What would your final words be?
CM: I am the world. It is my last – my last is always first, and I'm trying to be free of want.
I am forgetting everything so I can just be me & not what others told me, taught me, or wanted and needed me to be. I want not to “want”, but to be me with few words.