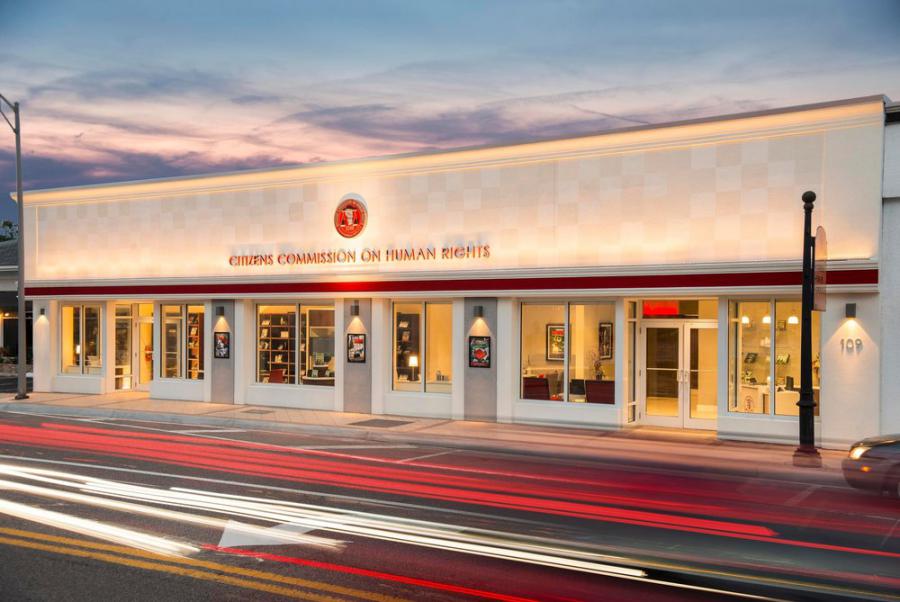 The headquarters for CCHR Florida are located in downtown Clearwater

CCHR has helped secure the safe release of over 500 people who were being unjustly held for involuntary psychiatric examination in Florida.

CCHR has helped secure the release of over 500 people who were being unjustly held and have filed over 470 complaints on their behalf resulting in numerous investigations and even arrests.”

CLEARWATER, FLORIDA, UNITED STATES, November 28, 2017 — The Citizens Commission on Human Rights (CCHR) of Florida, a non-profit mental health watchdog organization dedicated to the protection of children and the eradication of abuses committed under the guise of mental health, has helped secure the safe release of over 500 people who were being unjustly held for involuntary psychiatric examination.

The mental health law in Florida, commonly known as the Baker Act, allows for men, women and children to be sent against their will for involuntary examination at psychiatric wards known as Baker Act Receiving Facilities and held for up to 72 hours during which time, those being held may be drugged without their consent if an emergency treatment order is issued. [1]

According to the Annual Baker Act report, 194,354 people were sent for involuntary psychiatric examinations during fiscal year 2015/2016 and 32,475 of them were children. This figure has more than doubled since 2001 and recent media reports are confirming the fact that specifically the number of children being Baker Acted is on the rise. [2] [3]

In order to help address violations of human and civil rights under the mental health law, CCHR mans a Psychiatric Abuse Hotline 7 days a week so that individuals who need help have someone they can call. All assistance provided is free of charge and those manning the Hotline are trained and certified on the mental health law through the Department of Children and Families.

“Our Psychiatric Abuse Hotline averages almost 80 calls a month from people calling about a friend or loved one that has been Baker Acted and unfortunately all too often the victim did not meet the criteria under the law and should not have been taken into custody and sent to a psychiatric facility,” said Diane Stein, President of CCHR Florida.

In addition to the Hotline, CCHR provides numerous other public services including the documentation of mental health abuses and the filing of complaints on behalf of the victims with the applicable state agencies and officials. Since February of 2015, CCHR has filed over 470 complaints concerning abuse within the Florida mental health system. These complaints have resulted in investigations and sanctions of the psychiatrists and facilities involved.

“Too often people, who seek help from psychiatrists, psychologists and other mental health workers, are the victims of human rights abuses. CCHR works to expose this abuse and to help those who have been unjustly incarcerated. Our intention is to eventually change the involuntary commitment process,” said Diane Stein.

CCHR encourages anyone who is aware of abuse within the field of mental health to fill out an abuse report form on the website by clicking here REPORT PSYCHIATRIC ABUSE.

About CCHR: Initially established by the Church of Scientology and renowned psychiatrist Dr. Thomas Szasz in 1969, CCHR’s mission is to eradicate abuses committed under the guise of mental health and enact patient and consumer protections. It was L. Ron Hubbard, the founder of Scientology, who brought the terror of psychiatric imprisonment to the notice of the world. In March 1969, he said, “Thousands and thousands are seized without process of law, every week, over the ‘free world’ tortured, castrated, killed. All in the name of ‘mental health.’” For more information visit, www.cchrflorida.org

[1] Emergency Treatment Orders for the Administration of Psychotropic Medications https://www.flrules.org/gateway/RuleNo.asp?ID=65E-5.1703

[3] Baker Act in children on the rise
http://www.gainesville.com/news/20171015/baker-act-in-children-on-rise