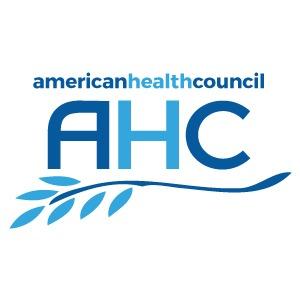 NEW YORK, NY, December 28, 2017 — The American Health Council honors William Barber, BSN, RN as one of America's “Best in Nursing.” With total thirty-seven honorable years in the healthcare industry, including 15 years at the United States Department of Veteran Affairs in Pensacola, Florida. Recently retired, Mr. Barber will be sharing his knowledge and proficiency in Home Health, Clinical Coordination, and General Nursing.

Graduating in 1996, with his Bachelor of Science Nursing Degree, from the University of South Alabama, Mr. Barber became involved in nursing due to his mother's encouragement. Filled with perseverance to go into the medical field, after he had fulfilled his duties in the United States Navy, he originally enrolled in a Pre-Med program. Mr. Barber soon discovered that the life of a doctor was not for him and decided to pursue a degree and career in nursing, ultimately finding his life's passion in the nursing profession.

Mr. Barber contends the key to his success was his dependable demeanor and dedication to helping others. He dedicates charitable time to St. Jude Children's Hospital and with many awarded accomplishments throughout his career. He is very proud to have served his country and patients as a Cardiology Technician for the United States Navy.

After a long and satisfying career, his day-to-day responsibilities consist of enjoying his retirement, traveling, playing golf, and spending time with his family, especially his five grandchildren.

Looking ahead, Mr. Barber will continue to relish his retirement, knowing that it has been well earned.

About the American Health Council:

Additionally, the American Health Council strives to provide recognition and support for those individuals and institutions making the difference in patients' lives day in and day out. Throughout 2017, the AHC is honoring “America's Best Doctors and Nurses,” as well as the nation's best medical universities and hospitals. The American Health Council's “Best in Medicine” and “Best in Nursing” awards programs honor the individuals and institutions that have contributed significantly to medicine and nursing, as well as the training and education of physicians and nurses. The most current selections for these honors may be viewed here: http://bestinmedicine.org and http://bestinnursing.org.