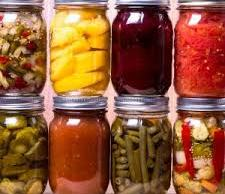 Pune, India — 12/26/2017 — The Global Botulism Illness Market is expecting a steady growth in coming future. Increasing prevalence of diseases, government support for the research and development and availability of the effective treatment for the botulism illness has driven the growth of the market.

Botulism illness is one of the rare and fatal paratactic disorder caused by neurotoxins produced by a bacteria Clostridium botulinum. Weakness, feeling tired, trouble in speaking and fever are some of the major symptoms of the disease. Botulism can be spread several different ways and is major caused due to food, water and neighbouring environment. According to the Centers for Disease Control and Prevention, in US every year, approximately 150 cases, are reported of which 15% are food borne, 65% are infant borne and remaining is caused due to wounds. Continuous increasing awareness and increasing health hygiene of the people helped to minimizing botulism.

Botulism is generally treated with antitoxin and supportive care. Supportive care for botulism includes monitoring of respiratory function. Antitoxin is required in case of both foodborne and wound botulism. Wounds should be treated, usually surgically, to remove the source of the toxin-producing bacteria followed by administration of appropriate antibiotics. Mechanical ventilators are needed when there is a breathing problem while rehabilitation therapies are needed in case of speaking or swallowing problem.

The Global Botulism Illness Market is expected to grow at a CAGR of 5.9% during the forecast period.

Asia pacific region is expected to be fastest growing region in botulism illness market. Presence of number of developing economies in this region is the major factor for the growth of the market. In some region of Asia Pacific people are not enough aware about the hygiene or not pay attention toward health hygiene. Increasing population and rapid development in the economies are also contributed in the growth of the market in Asia Pacific region. India and China are the major contributors for the market. Presence of huge population pool and rapidly developing healthcare sector with increasing healthcare expenditure has boosted the growth of this market in India and China.

Middle East & Africa accounts the least share for the market. Countries like UAE and Qatar are major contributors for the market in this area. Increasing awareness among the people are also contributed in the growth of the market. However, high cost of R&D and long approval time for the drug are some of the hurdles expected to hinder the growth of botulism illness market.

Global botulism illness market is a dominated by major players. Though there are many small companies present in the market but the huge share is acquired by major companies. Major players are trying to focus on acquisition and strategic alliances with local companies to minimize the competition.

Pfizer Inc. is one of the world's largest pharmaceutical companies headquartered in New York. It that develops and produces medicines and vaccines for a wide range of medical disciplines. Ultravac and Longrange are botulinum vaccine widely used in the treatment of the botulism.

Sept, 2017 XOMA Corporation entered into a licensing agreement with Nanotherapeutics, Inc. received a milestone payment for the clinical advancements of an anti-botulism product licensed with Nanotherapeutics. With this approval, company will be able to sell the product globally.

We are thankful for the support and assistance from Global Botulism Illness Market Research Report – Forecast to 2027 chain related technical experts and marketing experts during Research Team survey and interviews.