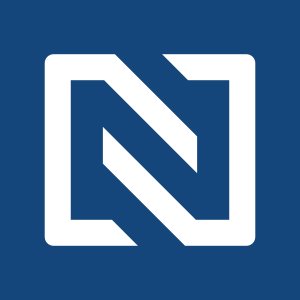 WASHINGTON, D.C., January 16, 2018 – Donald W. Fowler, Managing Partner, Hollingsworth LLP, has joined The Expert Network, an invitation-only service for distinguished professionals. Mr. Fowler has been chosen as a Distinguished Lawyer based on peer reviews and ratings, dozens of recognitions, and accomplishments achieved throughout his career.

Mr. Fowler has been included in the Washington, D.C. edition of Super Lawyers every year since 2010 and has received numerous awards and other recognition, including Best Lawyers for Environmental Law and Litigation since 2014, Corporate LiveWire 2017 Environmental Lawyer of the Year, and Best in Pharmaceutical Products Liability Litigation by Corporate America Legal Elite in 2015.

Mr. Fowler outshines others in his field due to his extensive educational background, numerous awards and recognitions, and career longevity. He received his bachelor's degree with honors from Cornell University in 1972. He then attended Yale Law School, completing his Juris Doctorate in 1975, before heading off to join the Land and Natural Resources Division of the U.S. Department of Justice.

The first is the trend toward consolidation in the legal industry, which has accelerated in recent years and shows no sign of abating. It is of particular significance for those of us in the small to mid-size end of the large client service industry, as it presents both opportunities and obstacles.

With over 40 years of experience dedicated to law, Mr. Fowler brings a wealth of knowledge to his industry, and, in particular, to his area of specialization, federal and state trials and appeals in the areas of environmental law, toxic torts, and pharmaceutical products liability. When asked why he decided to pursue a career in law, Mr. Fowler said:

“Law seemed to me to offer the most effective and honorable way of bringing about change, at both macro and micro levels. It also provided a set of tools and a rigorous way of thinking that could be applied in a wide variety of intellectually stimulating environments. And there were several role models I admired very much who were lawyers.”

As a thought-leader in his field, Mr. Fowler a unique vantage point from which to observe trends and changes in his areas of expertise. He notes:

“There are two trends that I pay most attention to now. The first is the trend toward consolidation in the legal industry, which has accelerated in recent years and shows no sign of abating. It is of particular significance for those of us in the small to mid-size end of the large client service industry, as it presents both opportunities and obstacles. The second is more technological. We pay close attention to developments in the application of what I will call artificial intelligence to legal services in general and litigation in particular. We are constantly looking for ways in which those developments can help us enhance our ability to serve our clients and to do so at reduced cost.”

In 2015, Mr. Fowler received the Burton Distinguished Legal Writing Award for his article entitled, “Federal Clean Air Act Preemption of Public Nuisance Claims: The Case for Supreme Court Resolution.” He regularly authors amicus curiae briefs for his corporate clients and is a frequent lecturer at both public and private seminars where he discusses various developments in his field.

Anita Iskenderian Honored as an Industry Leader for October 2017 by...