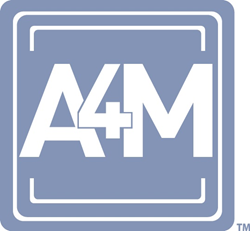 We started in 1991, have 1,000’s of doctors ready to feed us patients, and tackle the research no one else has been able to. After all, the A4M started it all, Anti-Aging, Preventative First, and Regenerative Medicine.

Dr. Robert Goldman, Chairman of the Board of the American Academy of Anti-Aging and Regenerative Medicine (A4M), leaked in a recent interview with 'Psychology Today' Magazine, Dr. Goldman’s desire to join the ranks of Google, Bill Gates & Paul Allen- Allen Institute for Cell Science, Peter Thiel of PayPal and a list of other Billionaires, almost as endless as the list of successful academic, sports, and business related accomplishments of Dr. Robert Goldman. At the very end of this article about Goal Setting and Key Principles successful people adhere to, Dr. Bob revealed to the author what will be his legacy:

Dr. Goldman’s greatest endeavor is yet to come- the creation of the A4M World Center for Medical Excellence. In this 25th anniversary of Dr. Bob’s Chairmanship of the American Academy for Anti-aging, Preventative, and Regenerative Medicine, the same is true today as it was more than two and half decades ago: With 28,000 A4M physician and other medical professional members, representing more than 120 countries, there is no standard for advanced preventative regenerative medicine excellence anywhere in the world. To further cement his contributions to the world, Dr. Goldman and his partners have recently purchased 80 acres just 30 minutes outside of Las Vegas, NV. The land is within a “stone’s throw” of the major thoroughfare connecting the #1 Travel Destination in the world and the site of the World Center project. This is no longer a dream, it’s a reality with plans in development!

“We have 80 pristine acres, already graded for construction with beautiful paved road access, $10 million set aside, donors lining up, and more importantly, we started in 1992, with thousands of doctors ready to cooperate in our clinical medical research and tackle the aging riddle like no one else has been able to. After all, the A4M started it all, Anti-Aging, Preventative and Regenerative Medicine. We were teaching thousands of Doctors about Stem Cells 20+ years ago, when it wasn’t cool. We should and will be the leader. We don’t see Google, Bill Gates, Silicone Valley and Peter Thiel as competitors. We see them as welcome allies in the fight to address Age Related Disease,” said Dr. Robert Goldman, Chairman of the Board of the A4M.