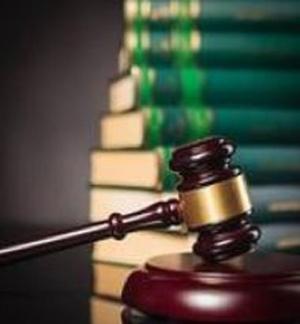 NEW YORK, NY, January 11, 2018 — Marquis Who's Who, the world's premier publisher of biographical profiles, is proud to name Ivan Serchuk a Lifetime Achiever. An accomplished listee, Mr. Serchuk celebrates many years' experience in his profession, and has been noted for achievements, leadership qualities, and the credentials and successes he has accrued in his field. As in all Marquis Who's Who biographical volumes, individuals profiled are selected on the basis of current reference value. Factors such as position, noteworthy accomplishments, visibility, and prominence in a field are all taken into account during the selection process.

Mr. Serchuk is a respected banking regulatory lawyer in New York, with over 56 years of experience in legal practice. He is the current chair of the banking and financial institutions practice group at Pavia and Harcourt.

A New York native, Mr. Serchuk was born in 1935 to Israel and Freda Serchuk and received his bachelor's degree at Columbia College before studying law at the Columbia Law School. He earned an LLB in 1960, and, after service of active duty in the U.S. Army Reserves, was admitted to practice in 1961. He served as a law clerk to Judge Frederick vanPelt Bryan of the United States District Court for the Southern District of New York from 1961 to 1963 and then accepted a position as a litigation associate with Kaye, Scholer, Fierman, Hays and Handler. Five years later, he was appointed Deputy Superintendent and Counsel to the New York State Banking Department, the chief legal officer for that department of the State government. During his tenure there, he played a significant role in modernizing the State Banking Law. Thereafter, in 1972, he joined the firm of Berle and Berle while continuing his public service as Special Counsel to the New York State Senate Banks Committee. In 1976, Mr. Serchuk cofounded Serchuk Pisani & Wolfe which was later known as Serchuk & Zelermyer, where he practiced law and served as managing partner until 2003. That year, he joined Todtman Nachamie Spizz & Johns, which eventually was known as Spizz Cohen & Serchuk. In 2015, Mr. Serchuk joined Pavia and Harcourt.

Mr. Serchuk is admitted to practice in the State of New York, the U.S. District Court for the Southern District of New York and the U.S. Court of Appeals for the Second Circuit. He is a member of the Association of Bar of the City of New York. Mr. Serchuk is frequently quoted as an expert on banking matters by the local and national press.