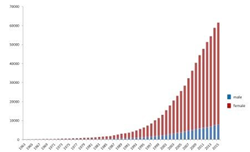 Does eating fish protect you from depression?

Keio University Global Research Institute, Tokyo publishes the January 2018 issue of KGRI Research Frontiers that includes researcher video profiles of Keio University researchers and research highlights from high impact publications including 'Regenerative medicine needs collaboration in and out of science in order to face current and future challenges; ‘Does eating fish protect you from depression?’; ‘Insights into the molecular mechanisms leading to kidney dysfunction in diabetic patients’; and ‘Ageing to 100 and beyond: Insights from demographic, phenotypic and genetic studies’.
January 2018 issue of KGRI Research Frontiers
http://www.kgri.keio.ac.jp/en/research-frontiers/index.html

Regenerative medicine needs collaboration in and out of science in order to face current and future challenges
http://www.kgri.keio.ac.jp/en/research-frontiers/2017med.hideyuki.okano.html

Regenerative medicine is a broad term used to describe approaches to repair or replace damaged or diseased human cells or tissues. This can be achieved through a variety of approaches, including the use of stem cells and stimulating the body's own repair mechanisms. Due to its wide implications in science, technology and ethics, regenerative medicine has attracted the attention of a multitude of 'stakeholders' from scientists and physicians to those involved in ethical, legal and social implications (ELSI).

Judy Illes etal, A blueprint for the next generation of ELSI research, training, and outreach in regenerative medicine, npj Regenerative Medicine 21 (2017).

Does eating more fish protect you from depression?
http://www.kgri.keio.ac.jp/en/research-frontiers/2017med.masaru.mimura.html

According to the world health organization (WHO), depression is the greatest single cause of disability worldwide. Therefore, understanding mechanisms leading to depression and how to minimize its risks is very important.

Insights into the molecular mechanisms leading to kidney dysfunction in diabetic patients
http://www.kgri.keio.ac.jp/en/research-frontiers/2017med.hiroshi.itoh.html

About one-third of diabetes patients suffer from renal failure. Therefore, understanding the mechanisms linking diabetes to renal damage (diabetic nephropathy) would benefit patients as it would help in developing new therapeutic targets and strategies. Sirtuin 1 (Sirt1) is a protein that is involved in cellular stress responses and has been implicated in diabetic nephropathy. However, the exact role of renal Sirt1 on the pathogenesis of renal damage in diabetes has not been fully elucidated.

Ageing to 100 and beyond: Insights from demographic, phenotypic and genetic studies
http://www.kgri.keio.ac.jp/en/research-frontiers/2017med.yasumichi.arai.html

Understanding the demographic, phenotypic and genetic features associated with ageing has been the subject of many studies worldwide. Japan offers a unique opportunity for such studies since it has a large population with a very high longevity rate. Recent studies have shown that the number of centenarians in Japan increased from 154 in 1963 to 61,568 in 2015, and has increased 4.2-fold between 1996 and 2006, compared to an increase of 2- and 1.6-fold in France and Denmark, respectively.