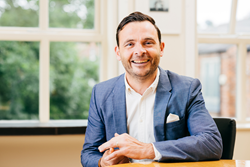 Stories of claims being denied due to holiday booze binges highlight the dichotomy between travel insurance policies and what these polices are actually supposed to cover.

With many accidents on holidays, stag and hen dos resulting from Brits’ heavy drinking – sometimes before even getting on the plane – the insurance sector is now focusing on the circumstances in which cover can be justifiably denied. As a result, travellers are finding themselves in situations where they assume they are covered by their insurance company, but are in fact not. Indeed, insurance company LV states that “there is no cover for any claim caused by or relating to: you or a travel companion having drunk enough alcohol to seriously affect your or their judgement and any direct or indirect effect of so much alcohol”, however it is evident that different companies have different ts and cs on alcohol consumption, with cheaper policies often being more ambiguous in their clauses.

Aquarium Software Director, Mark Colonnese, says there needs to be greater consistency and better transparency between consumers and insurers to ensure both parties know where they stand when it comes to alcohol consumption and cover. “Stories of claims being denied due to holiday booze binges highlight the dichotomy between travel insurance policies and what these polices are actually supposed to cover,” said Colonnese.

“There’s clear demonstration that some insurers are denying claims, whilst other companies are not. The one way street approach of travel insurance must change; perhaps a carrot to balance the sometimes concealed stick would alter the dynamic positively; for example – offering travel insurance discounts for teetotallers,” Colonnese concluded. With a reported 21% of Brits now teetotal and many more drinking less, this is one way the industry could reward good behaviour, according to Aquarium.

Revellers abroad thinking about lodging a travel insurance claim later should be particularly careful about posting boozy photos to social media accounts; where the world (including insurers and loss adjusters) can quickly view helpful timelines of your entire alcohol-driven event, from start to finish.

Aquarium Software is used by a number of insurers, contact centres, and other consumer service providers and affinity partners in the UK, Europe, USA and Canada. For further information contact Aquarium Software on +44 (0)161 927 5620 or visit http://www.aquarium-software.com

Rebecca Zamolo invites hackers to destroy her house in a A New Clue Mystery Game In Real Life!