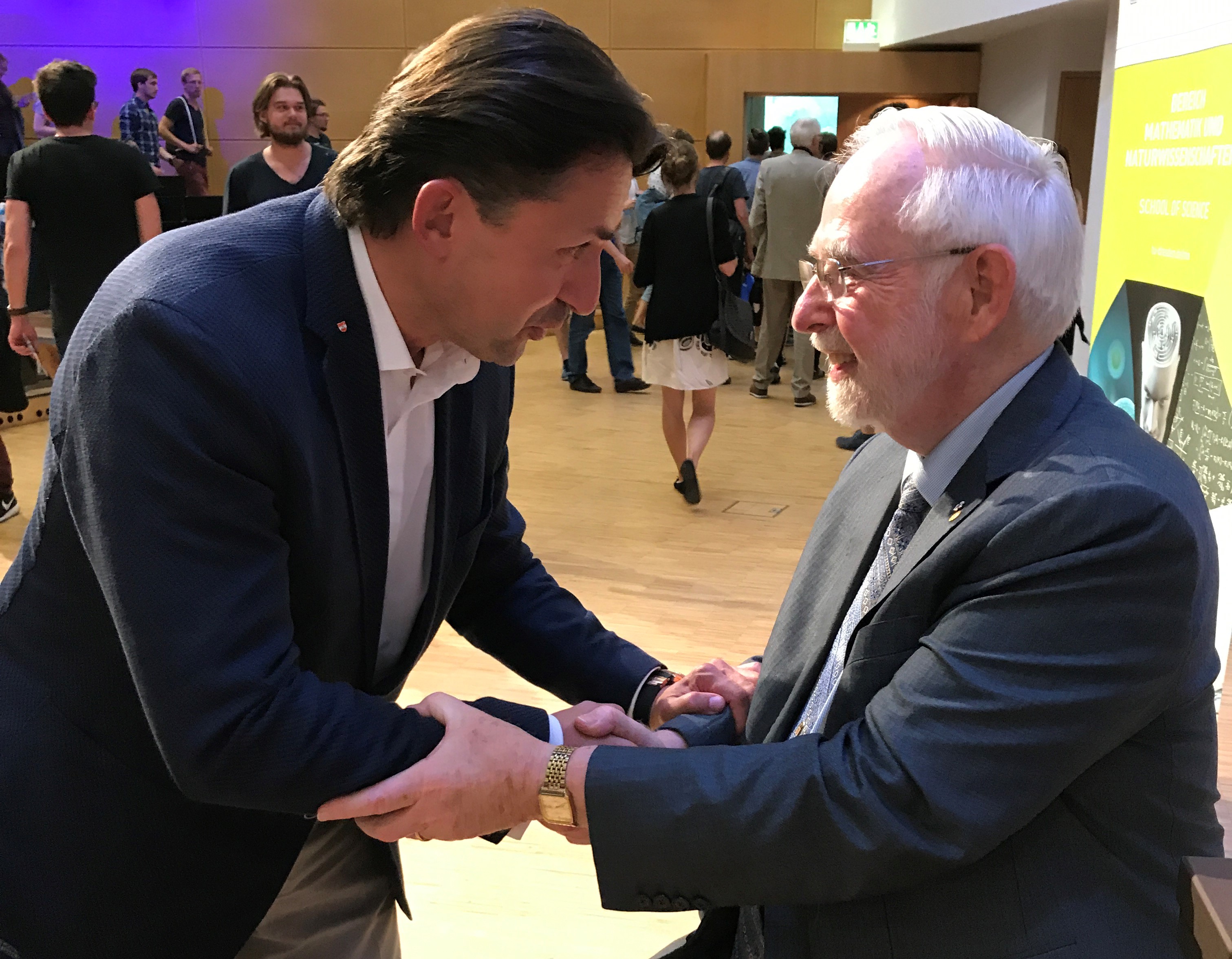 BERLIN, January 10, 2018 – NEUTRINO energy, once thought to be a technological and physical impossibility, is now developing into a global sensation. It is the next step of the electric age.

The signs were already present in the fall of 2015: At this time two researchers from NEUTRINO’s international team were awarded the Nobel Prize in Physics. Working independently of one another, both the Japanese scientist Takaaki Kajita and Canadian physicist Arthur McDonald were able to prove that neutrinos, tiny cosmic particles which permeate almost everything in the universe and which had long been believed to be massless, do in fact possess mass. This discovery was made possible thanks to testing methods developed by Kajita and McDonald.

At the moment of this discovery, however, very few people actually grasped its significance for humanity.

Neutrinos are high-energy particles that reach the earth in a never-ending flow. Unlike the visible spectrum of the light from the sun, this form of radiation cannot be perceived with the naked eye, and yet it is their mass that makes neutrinos the energy source of the future.

As Einstein already established: e=mc2. According to the Theory of Relativity everything which possesses mass also contains energy. It has been possible to verify and measure NEUTRINO energy under experimental conditions for several years now, however, the researchers who dreamed of tapping this energy were often mocked, and the energy itself was deemed to be supposedly non-existent, physically impossible, and thus not utilizable.

Nevertheless, one can hardly imagine the vast possibilities that the harnessing of NEUTRINO energy will open up in just a few short years. The principle is basically the same as that of a conventional solar cell, but with the advantage that a neutrino energy transformer is also able to deliver power in complete darkness. The neutrinos themselves are not captured in this process; instead, a portion of their kinetic energy is converted into electricity.

The cells require no light whatsoever. They transform a segment of the nonvisible spectrum into energy 365 days a year, 24 hours a day, and at any point on the earth’s surface. This will of course have an enormous impact on the world’s energy markets in the coming decades, as well as on industry and economy. Business models will change. Some sectors will disappear completely, while others will come into being.

A team from NEUTRINO Germany GmbH made up of international researchers and universities is currently working under the supervision of Holger Thorsten Schubart on the development of the first technical devices that will be able to convert NEUTRINO energy into electrical power for the end user. NEUTRINO Germany GmbH is a subsidiary of Neutrino Inc., located in the United States.

The initial goal is the harnessing of enough energy to power small electronic devices such as mobile phones so that the battery can be charged continuously without a cable using NEUTRINO radiation alone. Electrically powered vehicles (the new PI brand of the NEUTRINO ENERGY GROUP) that never need to stop at a charging station and thus have a virtually limitless range are the next step; and finally after years of exhausting research, the conversion of enough NEUTRINO energy to cover the needs of entire households.

In the future heating and energy will be provided through NEUTRINO Power-Cubes, thus eliminating the present reliance upon environmentally harmful substances such as oil and natural gas. And because these Power-Cubes will be implemented directly at the point where the energy is needed, it will also become unnecessary to produce electricity centrally and then send it hundreds of kilometers at great loss. Batteries will serve merely to bridge the gap during short periods of unusually high energy consumption.

Mass means energy, and there’s no way to stop the future! With this new technology, we will finally have the means to meet our energy needs fairly and ecologically, thus putting an end to the geopolitical struggles and armed conflicts for natural resources that threaten the entire planet.

In a few short decades, the lives of all of us could be safer and more fulfilling.

We can shape the future with scientific knowledge, or we can deny and suppress what science teaches us for countless reasons. The decision is ours to make, but: “He who is ignorant of the truth is merely a fool; he who knows it and calls it a lie is a criminal.” (Galileo Galilei)

Our political institutions have a duty to lead the way today. 2018 the energy revolution is continued consistently. The sun and the time are the two unbeatable allies of the Neutrino Energy concept.

Sources: Science for Innovation, Future and Environmental Protection; the “We give light”-Foundation i.G.; the NEUTRINO Energy Group: www.neutrino-energy.com, and For Fairer World Technologies by Holger Thorsten Schubart.