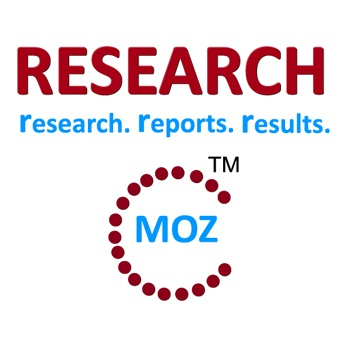 Albany, NY — 12/28/2017 — Non-vascular stents are specialized medical devices used for relieving the strictures in gastrointestinal tract, ureteral tract and airway tracts. These are also used for holding open the narrowed lumens during complex surgical procedure to allow free flow of body fluids. On the basis of its applications there are three different types of non-vascular stents are available: pulmonology stents, urology stents, and gastroenterology stents. These stents are made using different material compositions such as metallic stents are made of stainless steel, nitinol alloys, and elgiloy. Whereas non-metallic stents are made up of synthetic polymers like resins, polyurethane, silicone. Metallic stents are available fully covered, partially covered and uncovered forms. These stents are usually covered with silicone material to avoid tissue ingrowth and stent migration. Self-expanding metal stents (SEMS) and self-expanding plastic stents (SEPS) are most commonly used for relieving the luminal strictures. These non-vascular stents are used by hospitals, ambulatory surgical centers, long term palliative care centers and academic medical and research institutes.

The market for global non-vascular stents is projected to be driven by the high incidence rates of luminal strictures across the globe. Metallic stents are most commonly used for the palliation of malignant cancerous disease in & airway tract due to its high durability and radial strength. Therefore the growth of metallic stents is attributed to rising incidences of malignant cancer leading to luminal strictures in patients. The treatment of malignant cancer requires longer duration of hospital stay and diagnostics & supportive treatment, is likely to drive the growth of hospitals segment over forecast period.

Also adoption of advanced technologies for stent deployment & retrieval, increase in demand for minimally invasive surgeries patients owing to shorter procedural time and low cost in ambulatory surgical centers is projected to boost the demand for non-vascular stents market during forecast period. However, availability of alternative treatment options for relieving luminal strictures is likely to hamper the growth of non-vascular stents market.

View Complete TOC with Tables and Figures at: https://www.researchmoz.us/nonvascular-stents-market-global-industry-analysis-size-share-growth-trends-and-forecast-2017-2025-report.html/toc

Moreover, government and regulatory authority's pressure on reducing the cost of medical devices and presence of large number of domestic players in most of regions would be restraining factors for market. The development of biodegradable stents, drug eluting stents, and radioactive stents exhibits the new business development opportunity for non-vascular stents in near future.

The global non-vascular stents market is segmented into four broad segments on the basis of product type, by material, be end-user and on the basis of geography. The non-vascular stents, by product type are segmented into pulmonology stents, urology stents, and gastroenterology stents. Gastroenterology stents are subdivided into two segments enteral stents and biliary & pancreatic stents. The market for urology stents is projected to witness exponential growth rate during forecast period owing to growing number of population affected with kidney stone disease worldwide. By material, global non-vascular stents is segmented in metallic stents and non-metallic stents. Non-metallic stents are most commonly used for the treatment of benign strictures as it requires shorter duration of treatment time, easy to maneuver and low cost. The end-user for non-vascular stents includes hospitals, Ambulatory surgical centers and others such as palliative care centers, academic medical institutions and research organizations. The market for ambulatory surgical centers is anticipated to grow at highest growth rate and is projected to gain its market share by the end of 2025.