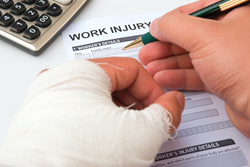 Medical payments per workers’ compensation claim in North Carolina decreased 6 percent per year from 2013 through 2015, according to a new study by the Workers Compensation Research Institute (WCRI). That decrease was more than all other states studied.

The study, CompScope™ Medical Benchmarks for North Carolina, 18th Edition, examines medical payments, prices, and utilization in North Carolina and compares them with 17 other states.

“Policy changes in recent years have targeted a key cost driver of workers’ compensation claims in North Carolina—hospital costs,” said Ramona Tanabe, WCRI’s executive vice president and counsel. “New fee schedule rules became effective in 2015, with reimbursement based on a percentage of Medicare. The medical data we report provide an early look at the effects of those changes.”

The following are among the study’s other findings:

WCRI studied medical payments, prices, and utilization in 18 states, including North Carolina, looking at claim experience through 2016 on injuries that occurred mainly from 2010 to 2015. WCRI’s CompScope™ Medical Benchmarks studies compare metrics of medical costs from state to state and across time.

To purchase a copy of this report, visit https://www.wcrinet.org/reports/compscope-medical-benchmarks-for-north-carolina-18th-edition.