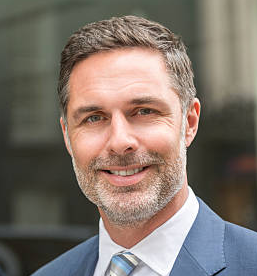 MIAMI, FL, UNITED STATES, November 28, 2017 — It's tough to beat the excitement and satisfaction of throwing a baseball as hard as possible to dunk a person in a tank of water. It's a lot of fun to participate and a glorious way to raise money for a great cause. Erik Agazim plans to merge these two events into one big fundraiser.

The local pool is outdated and started to become a burden to community members. Because funds in the city are going to other essential projects, Agazim is hoping to raise money on his own.

“When I was a kid, the pool and park were the best places to hang out during the summer,” says Agazim. “The area has been lacking some major maintenance. It's time to upgrade the facility.”

While the pool has been a staple in the community, decades of wear and tear have taken their toll.

But why a dunk tank?

Agazim wanted to plan the fundraiser for an event similar to the idea of a pool. The dunk tank was a perfect idea. Plus, it gives donors and attendees a chance to participate in a fun activity.

“Who doesn't like dunking someone in a tank of water?” asks Agazim. “Every dollar earned with each throw goes towards helping the community the pool. It's a win-win for everyone.”

While many residents will think the dunk tank will be the only attraction fundraiser, Agazim is adamant about other featured activities.

“There will be other vendors and attractions at the fundraiser,” mentions Agazim. “There will be plenty to participate in during the day, with the dunk tank as the main source of funding.”

The idea is only in the planning stages, but as Erik Agazim talks to members of the community, different features are in the works.

Keeping with the pool theme, Agazim expects vendors to have water games available to play. Most of these games would be free; prizes would be given out for high scores.

After researching other dunk tank fundraisers throughout the country, Agazim found out that having several attractions will bring more people to the event.

Also, another significant aspect of the fundraiser is the venue. All of the activities and features of the event will take place at the adjacent park. This fact will allow for a big crowd to attend and have plenty of space.

“I've talked with the park committee, and they would be happy to be a host,” says Agazim. “This helps planning and to map out the different features.”

Dunk Tank Fun For All Ages

Come one, come all, says Agazim. The fun aspect of the dunk tank fundraiser is that anybody can try their aim.

“Each throw will consist of a fixed price,” explains Agazim. “Every dollar earned from the dunk tank will go towards the ultimate goal.”

Attendees would have the chance to throw a baseball at a target. If they hit the mark, the person on the dunk tank platform splashes into the cold water. The tank will be glass so everyone can see the person go into the water.

While the money from the dunk tank will help the pool and park, Agazim also expects donations to be made by attendees.

“We are looking at the possibility of a lot of money being made just off the dunk tank,” explains Agazim. “But we would gladly accept any donations from people who just want to help out.”

The idea is just in the beginning planning stages but is already gaining traction in the community. Agazim believes he will hit his mark with enough funds to help the pool and its future.