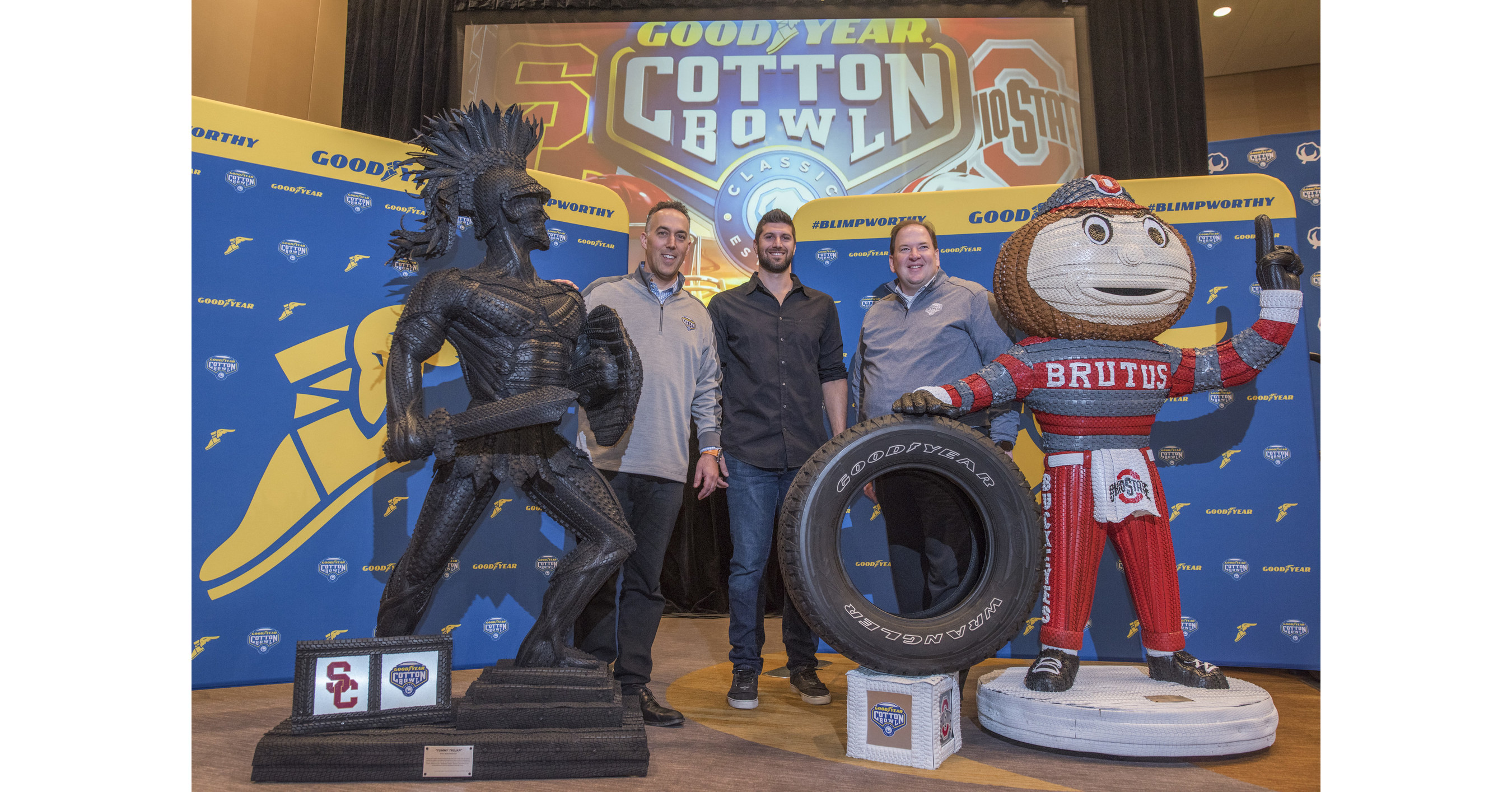 DALLAS, Dec. 27, 2017 — In celebration of the Goodyear Cotton Bowl Classic and college football, Goodyear has teamed up with the Classic to create tire-based sculptures of the two participating teams' mascots for the second consecutive year.

The Ohio State University's Brutus and University of Southern California's Tommy Trojan were constructed from more than 400 Goodyear-branded tires, took 375 hours to make, stand more than six feet tall and weigh between 250-300 pounds.

The mascots made of tires will serve as the centerpiece for many of the Goodyear Cotton Bowl Classic festivities leading up to the game on Dec. 29 in Texas. Each sculpture will be donated by Goodyear to the Universities and permanently installed at their respective campuses after the game.

“We received a tremendous response from college football fans last year when we introduced the Wisconsin Badger and the Western Michigan Bronco and we are pleased to again celebrate college football in a way that only Goodyear can,” said Seth Klugherz, Goodyear's director of North America marketing.

Like last year, Goodyear commissioned tire artist Blake McFarland to make the sculptures.  McFarland is a professional baseball player in the Toronto Blue Jays organization while maintaining his interest in creating unique art.

Goodyear has been the title sponsor of the Cotton Bowl for the past four years. The tiremaker invented aerial coverage in 1955 over the Rose Bowl with the Goodyear Blimp and has covered countless games since.

About Goodyear
Goodyear (NASDAQ: GT), founded in 1898 in Akron, is one of the world's largest tire companies. It employs approximately 65,000 people and manufactures its products in 48 facilities in 22 countries around the world. Its two Innovation Centers in Akron, and Colmar-Berg, Luxembourg strive to develop state-of-the-art products and services that set the technology and performance standard for the industry. For more information about Goodyear and its products, go to www.goodyear.com.

Find Home Owners Who Might Need Your Products or Services (150k...