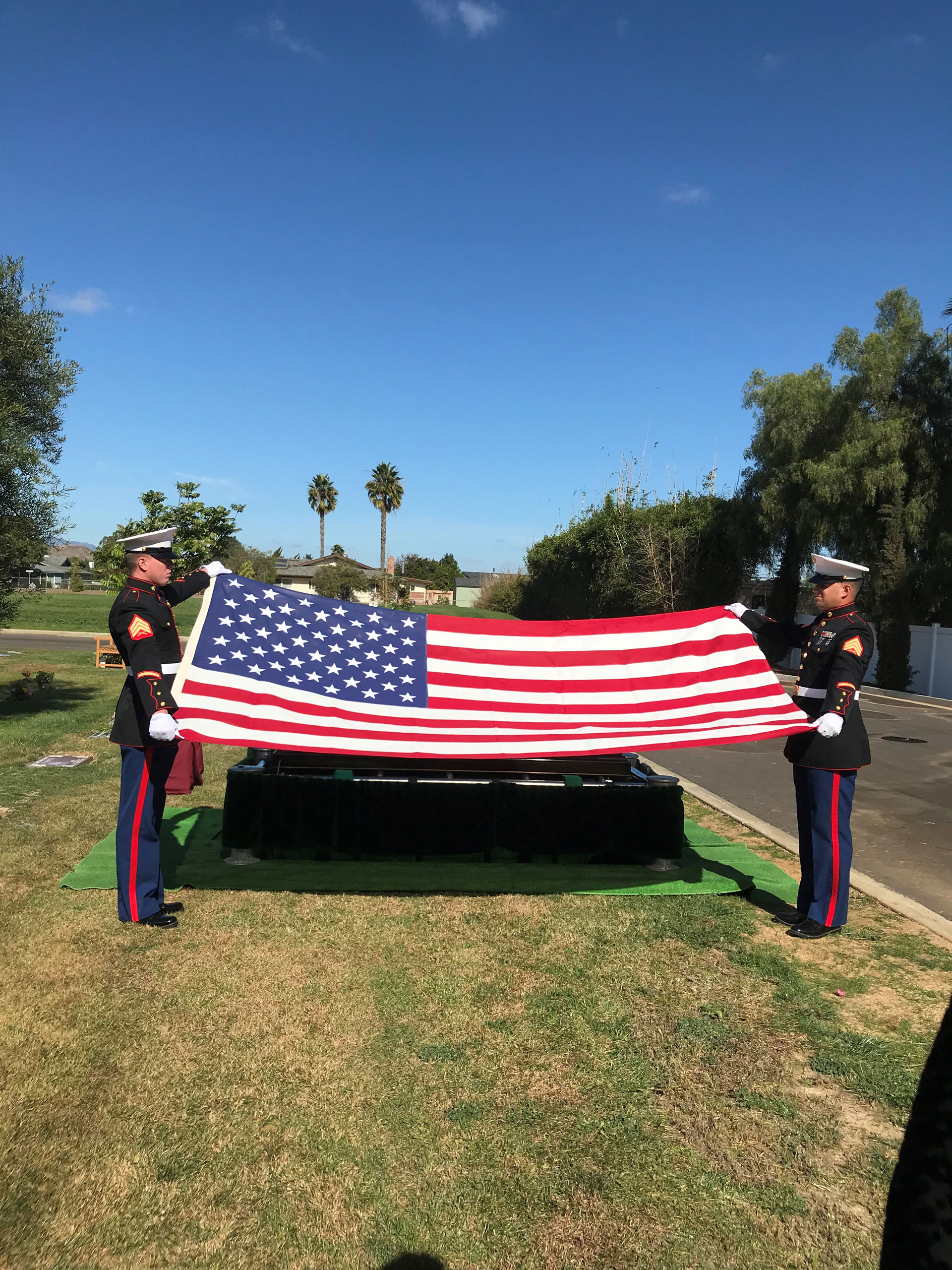 NEWPORT BEACH, Calif., December 30, 2017 – “'Iron Mike' was a Marine’s Marine. He impacted hundreds of thousands of Marines. His leadership during his service and after were exemplary,” according to Laura Dietz, founder of Iwo Jima Flag Raising Monument West, a non-profit to build a new Iwo Jima flag raising monument and memorial site at Camp Pendleton. Mike Mervosh served as Honorary National Chair.

Mike held the record for longest-serving SNCO (Staff Non-Commissioned Officer) in all services: 19 ½ years. A sought-after speaker, his name graces a large lounge at the Camp Pendleton social center (PVEC) where his memorabilia line the walls and glass cases. His dress blues sit with all of his medals (three Purple Hearts) at the end of the bar.

Born in Pittsburgh, Pennsylvania, his family insisted he finished high school before signing up. A fierce competitor in football and boxing, he became the head of his unit on Iwo Jima more than once after senior officers were killed or severely injured. When he received some shrapnel on Iwo and was given morphine, he wiped the M (morphine) off his forehead and ran back to his 4th Marine unit trying to take the airfield to avoid being sent to a hospital ship.

'Iron Mike' was a Marine's Marine. He impacted hundreds of thousands of Marines. His leadership during his service and after were exemplary.

“The story he told me of how he almost died on Iwo is classic, “adds Dietz. “He threw a smoke bomb into a nest of Japanese. As four of the enemy ran towards him, he shot the first. Then his rifle jammed. His fate seemed sealed.

“Then a younger Marine, fresh off the beach, yelled: ‘What shall I do?’

“Mike yelled, 'Shoot ‘em.' That’s how Mike survived that incident. Another Marine saved his butt. Hours later, he went to find that Marine to say thanks. He was too late. That Marine was dead! That was an encapsulation of this 'kill or be killed' battle – Marines protecting each other,” emotes Dietz.

Mike’s message was that the battle should never be forgotten. While it serves as the iconic image of the USMC and the Marine Corps War Memorial at Arlington, Virginia, Mervosh declared often: “Every man who fought on that island raised that flag!!!”  (In his case, the smoke made it difficult to see but he almost died when he tried to see it as a bullet whizzed by and another struck his rear.)

Mervosh went on to Korea where his only brother Milan (USMC) died, then Vietnam, providing inspiration to Marines. He finally retired at a Honolulu post and purchased his first home (1977) in Oceanside for his wife and daughter where he quietly passed.

He was buried at Mission San Luis Rey cemetery next to his wife of 54 years on Nov. 10, the USMC birthday.

He wanted donations in his memory to go to Iwo Jima Monument West 501c3. In his honor, go to http://www.marinesoniwojima.com/make-a-difference/ or call 844-IWO-JIMA. Every donor will have their name on an HONOR ROLL kiosk at the site. Plans call for a Nov. 10, 2019, dedication with President Trump, et al.

Footage of Mike Mervosh’s great speech on the 70th anniversary of the flag raising (2/23/15) is on the website along with other Iwo Jima veterans.