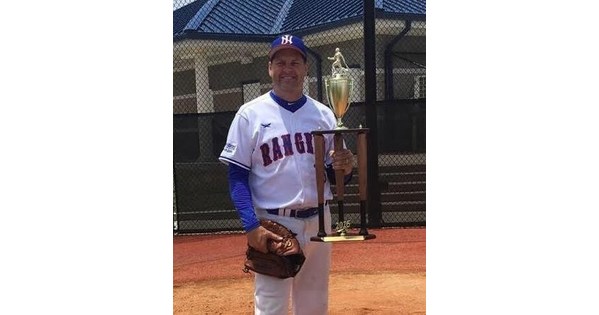 TRENTON, N.J., Nov. 24, 2017 — The New Jersey Thunder entered the 2017 Playoff Championship season with one goal, to dominate the competition and win a title.

Since Nelms joined the coaching staff as a pitching coach, the Thunder have achieved to keep an ERA below three, putting them second in the league. The mark lets the Thunder be able to win almost every game they play, holding teams to a few runs.

The success Nelms and the Thunder have experienced is not new. Just a few seasons ago, they led the league with an ERA of 2.22 and then followed with a 2.45 ERA for the 2017 campaign. The Thunder have always been atop of pitching leaderboards for the past three seasons.

The success of the pitching staff has translated into wins. The Thunder's exceptional pitching on the mound led to winning 33 games for their current season. This record has stood for the past three seasons by any other team in the league. Nelms takes pride in this fact.

Success did not come easy for the Thunder. Nelms had to defeat some misfortune before encountering success as a coach with the Thunder. Three significant pitchers from the Thunder's starting rotation were either lost for the season due to injury or traded to another team before the season. Many teams around the league thought the reign of the Thunder was over.

The bad news didn't stop there. The Thunder also lost their franchise leader in saves. But like many other good teams, the Thunder were able to overcome these losses and stay competitive. Especially in league with so many different great teams.

Robert Nelms has been able to create success over the past few seasons, and this speaks highly of the skill players he gets to coach. The Thunder have been able to win the 2017 Myrtle Beach Classic Championship earlier this year. This win makes it three in a row for the Thunder. The feat has happened only by a few other teams in the long history of the league.

Contributing On The Mound

Not only has he had success from the dugout as a coach, but Nelms also had an incredible pitching record on the mound in relief. Showing absolute dominance of Nova Scotia's hitters during a recent game, Nelms struck out batters in every inning that he pitched. He also only gave up two hits during his outing on the mound.

In the fifth inning of that same game, Nelms struck out the side. Using a mixture of a sneaky fastball and useful curve, he was able to keep hitters off balance.

Nelms also played a significant role from the plate. While The Thunder also won their second game against the Windy City Warriors, a team out of Chicago, it was a close game. They won the contest by a score of 10-8.

It was a close game until Nelms hit a single to left field scoring Jeremy Brownlee, and Tony Naveudo for the winning runs. This hit put them at two wins, a quick advantage for the Thunder.

While Nelms has had success on the mound and the plate for the Thunder, he is most proud of his coaching. Being able to help guide great players have made this season memorable.

“We took that immediate success from the pitching staff being able to overcome key players missing,” says Robert Nelms. “But we came through for the season and players stepped up.”

If you are interested in seeing the New Jersey Thunder in action, here is their schedule.