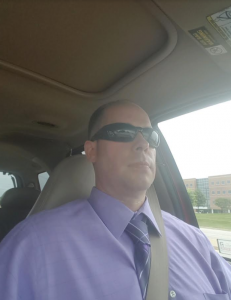 MIAMI, FL, UNITED STATES, November 28, 2017 — Organizing a fundraising event, let alone a big sports tournament can be costly and difficult. But avid cornhole player Todd Kassal is planning an occasion that combines the two for a great cause.

The anticipated event is still early in planning, but Kassal hopes to have plans finalized early next year. He also has to decide what charity he plans to donate to after the event, but he wants it to do with children.

“Many respected causes are dealing with children we can donate funds to,” Kassal states. “Once we get the event planned, we will brainstorm on which cause we will donate to.”

Kassal has been a longtime player of corn hole, a favorite game played at summer barbeques and gatherings.

But organizing a cornhole tournament is more relaxed than most expensive and complicated events. These include golf tournaments, or raising money by selling candy bars.

“Cornhole is so popular for everyone, no matter what their age,” explains Kassal. “Anyone can play from young kids to old timers.”

Kassal is learning that planning a tournament and finding a venue is easy. Many places, including parks and more prominent restaurants, are approaching Kassal about hosting. And this is just from word of mouth about the planning of the event.

“Because we can have multiple games going on in a tight space, it opens up to more teams which means more foot traffic for the venue,” proclaims Kassal. “When venues hear about my idea, they are approaching with unique benefits of their space.”

“There are several factors to consider when preparing a cornhole tournament,” says Kassal. “Everything has to be in place well before the event, hence why it's taking a while to plan.”

First, food and drink have must be available for the tournament. Sales from these two alone can be a lucrative way to raising money for the event.

Second, there has to be entertainment to create a fun and happy atmosphere. Kassal is still deciding whether to hire a DJ or a live band.

For the kids, Kassal is considering different activities. From a bouncy house to original carnival games, it's essential to keep the little ones occupied.

While Todd Kassal will be hoping for individual donations from attendees outside of those entering the tournament, he hopes to partner with corporate sponsors. It's all about raising money, and Kassal has different aspects to offer these potential corporate sponsors.

Kassal can sell booth space along the walkways at the tournament or advertising space on scoreboards and handouts.

“The great aspect is companies can sponsor a hole on different boards,” Kassal explains. “Their logo can be placed on the board for all to see.”

Finally, another unique way Kassal has explored to raise money are raffles. Selling raffle tickets for prizes can sometimes be a quick and fun way to raise money.

Sports memorabilia from the local professional sports teams can also be useful. Kassal has already contacted these organizations about donations for a raffle.

“I've been fortunate to have people jump on board with helping,” Kassal proudly states. “When I mention this idea to people around the city, they want to help any way they can.”

Kassal has included a few of these volunteers in the early preparation stages because of their experience with fundraising events. He believes this will help in making the fundraiser take place sooner rather than later.

“Excitement is building around the community,” says Kassal. “Now I just have to find a venue and a charity to donate the money to.”